AAUW Rockford took to the streets in support of the local Women’s March on Saturday, January 21, 2017. The route began across from City Hall on the east side of town to Emmanuel Episcopal Church on the west side across from Rockford Women’s Club. AAUW was proudly represented with signs which read “AAUW: Empowering Women Since 1881” and citing key initiatives like pay equity, lifelong education, S.T.E.M. scholarships, Title IX and promoting positive change in the community.

Several local AAUW members joined the 1,000 plus crowd of women and men participating in the March. Member branches marched across the country, including in the main march in Washington, DC. 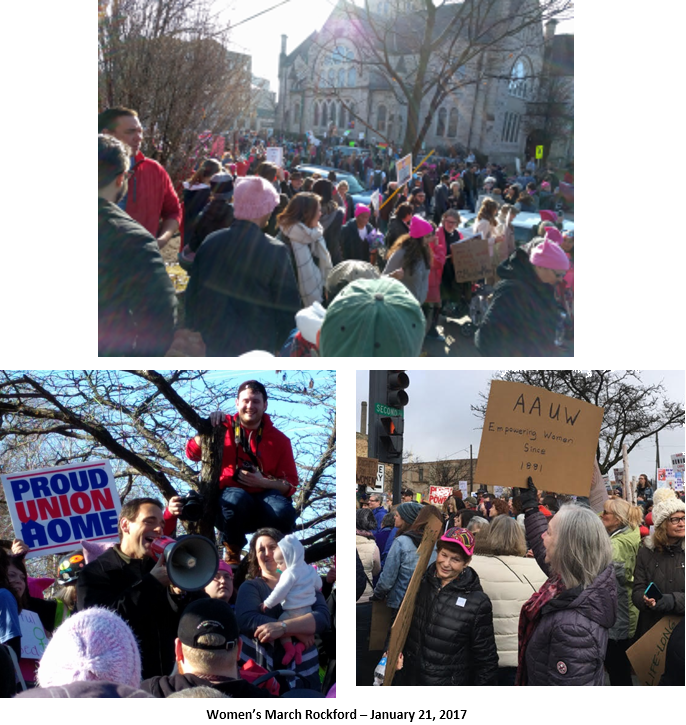